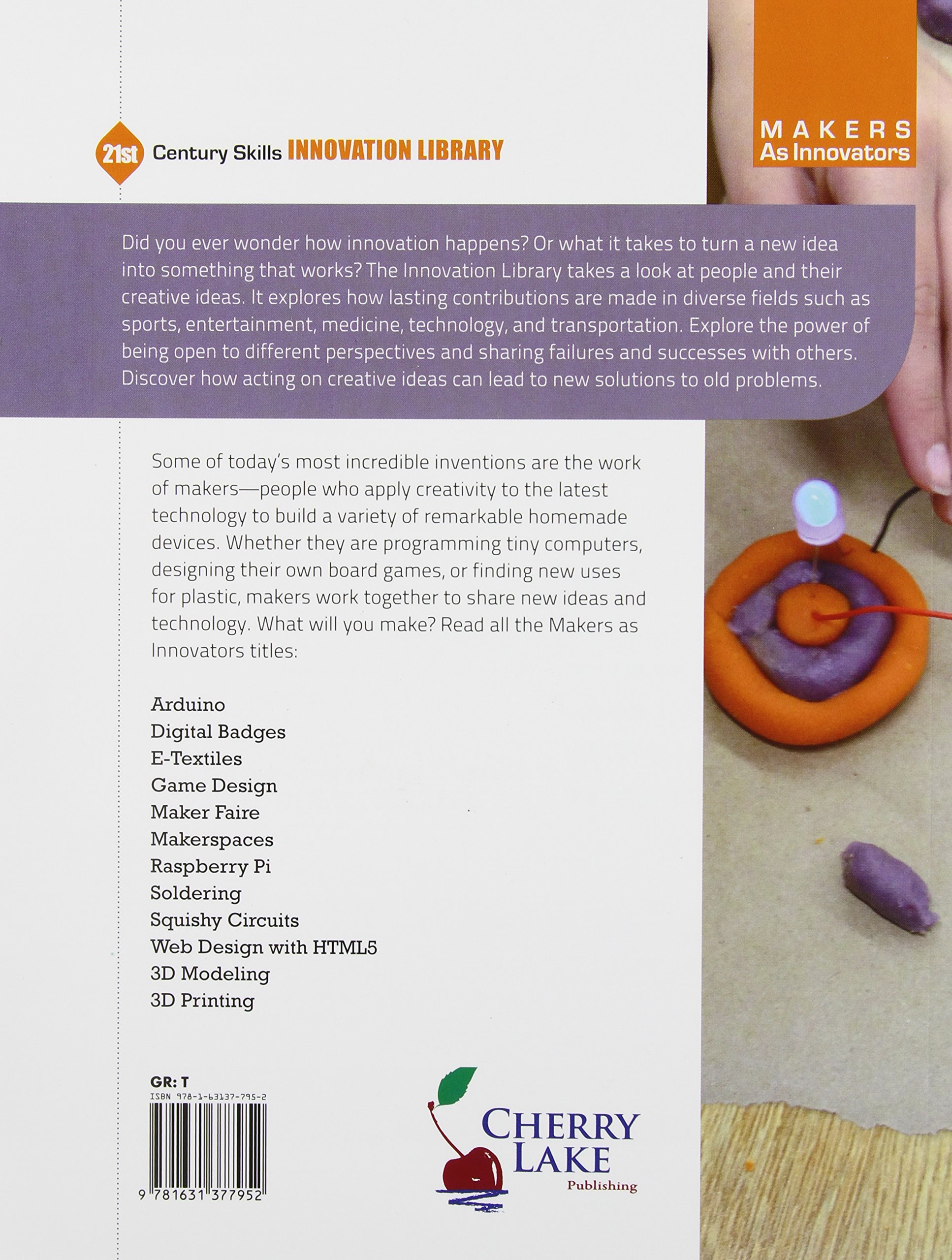 This ecology is framed by the digital, interconnected world in which we all live and should, therefore, incorporate systemic links between what are now disparate venues of learning. Thus, we place great priority on youth participation and productivity in learning opportunities that burnish their civic and collaborative skills through the creative, evolving digital technologies so ubiquitous in the world.

The Common Core, while arguably a strong baseline for student learning in the United States, are rightfully being criticized for a weak emphasis on 21st century competencies like creativity, collaboration, and communication Partnership for 21st Century Skills, , as well as for a narrow focus on only reading and math. We believe that these experiences can be significantly leveraged and augmented in expanded learning-time environments.

We advocate another vision for out-of-school-time organizations—one that positions young people as creators, makers, and innovators. Youth are increasingly doing incredible things through their engagement with digital media. For example, in online multiplayer games, they are collaborating with sometimes hundreds of people around the world to tackle complex challenges in the form of dragons to be slain.

There are several outstanding models of innovation in the expanded learning-time domain that suggest a set of key principles to guide afterschool and summer learning leaders in designing new, digitally savvy, and integrated learning environments. In the next 5 years we recommend the following priority areas for expanding learning investments:. Future investments in local program capacity can be advanced by recruiting champions for expanded digital learning, including governors, mayors, businesses interests in economic development, as well as chief state school officers, state boards, school districts, and influential nonprofit partners.

Over the next 5 years, major innovations in digital technologies and learning are not only possible, but almost inevitable. Au, W.

How Innovators Transform Industries: Mastering the Skills of Disruptive Innovation

Partnership for 21st Century Skills. Time, Learning, and Afterschool Task Force. A new day for learning. This post, an excerpt from a longer piece, summarizes themes and cases from early fieldwo rk I conducted on the Hive NYC Learning Network. The network, now with forty members, includes everything from large cultural institutions like the New York Public Library and the Museum of Modern Art to small community-based outfits like The Point or Citylore.

The network is interesting to me for a lot of reasons, but the one aspect that immediately grabbed my attention concerns what happens when all of these organizations start to interact. Do they share ideas? Do practices spread from one organization to another?

Does the network operate as a sort of lab, where new ideas and technologies are born? How do ideas from the broader Digital Media and Learning field from which the Hive NYC network emerged get taken up, appropriated, and remixed in the network? In this post I want to share both a case of how I saw the network operating as what I call an infrastructure for innovation and why I think focusing on questions relating to innovation processes is important. Pop-Ups are one or multiday public educational events where different Hive NYC member organizations set up stations and run activities over the course of a day see map.

In general, Pop-Ups are less workshop structured events where everyone does the same thing for the same amount of time and more festival casual events where the experience of each person will differ based on how they decide to spend their time. At the Summer Code Party, for example, there was a station where you could engage in self led game design activities, one where you could take existing videos and remix them by adding in annotations and live web content like maps and twitter streams, and a station where you could learn to set up and customize a blog, to name a few.

One of the reasons I focus on these events is that I, and network members, see them as characterized by various ideas and practices around learning that are central to the Hive. From the perspective of youth experience, the ideas and practices Pop-ups characterize include production-centered pedagogies, interest-driven learning, multi-generational engagement, youth leadership, public sharing of personal creations, and use of technologies to create engaging and authentic learning experiences.

Pop-up events are opportunities for participating members to bring experimental pedagogies and technologies to the table in a collaborative effort to serve youth. As part of an innovation infrastructure, these events serve at least two important functions. The first concerns how members use these events to develop and spread their own learning innovations, and the second has to do with the ways the events serve to circulate innovation to network members, in the forms of norms around pedagogical practices and what it means to participate in the network from a professional standpoint.

One of the key infrastructural functions of Pop-ups is to serve as a space where organizations can develop, test, and refine innovations, in this case, both early stage digital learning tools and new learning activities. At the Summer Code Party event, Jess Klein , a friend and colleague at Mozilla, was running a station where kids were playing with the beta-version of a new tool called Thimble that teaches HTML and webmaking.

This was pretty representative of the way that the Mozilla software team has engaged with these events — youth have opportunities to learn with emerging tools, and the software development teams have opportunities to see how well their pedagogical software and approaches are working and use that as the basis of an iterative design process. Teacher Maker Camp wants to give teachers a chance to develop their maker mindset and skills.

A 'Maakplaats' is a maker space at one of the Amsterdam public libraries OBA , containing a similar set of machines as a Fablab. Not so visible for the public is the training programme for employees of the municipal public libraries we organise. We are training a whole new team of coaches that will run the maker spaces at the OBA libraries. To school librarians in the latest make techniques, Waag has developed the Librarian Maker Camp.

During Eindhoven Maker Faire you will meet robots, drones, technology, new techniques, amazing inventions and a colorful mix of projects. The recently published fifth edition of the digital magazine 'Mediawijs in het onderwijs' Media literacy in education covers the topic of maker education in The Netherlands. Maakplaats Reigersbos will open on July 6th, The world needs a new generation of critical makers and designers.

Maker education can help with that.

Platform Maker Education and Mediawijzer. Share your creations! On February 3rd, the first 'Maakplaats' of the Amsterdam project opened its doors at the Waterlandplein in Amsterdam North. This is a maker space for young inventors at the OBA public library.

Time to celebrate with the neighbourhood! Design, build and discover creative technology. In September , we started the third series of FabSchool of this year, the after-school activity at our Fablab. FabSchool is learning by making. This workshop at the Dutch Design Week is for both pupils and teachers to build their own equipment to enrich maker education.

On June 22nd, an evening about the future of maker education in The Netherlands will be organized, including the results of the first half year Platform Maker Education, that aims to stimulate maker education in The Netherlands. The conference brought together educators, Fablab crews, researchers and people from municipalities to share work and look towards the future of maker education. Hundreds of Dutch teachers were granted vouchers from Platform Maker Education, which they will use in order to learn about maker education and on how to make this work in their class rooms. Seven students from three different educational programmes of the ROC of Amsterdam collaborated in the project Crossover Experience.

In this four-day pressure cooker, the participants could start making themselves with our digital machines.

And most of them experienced this event as highly inspiring and valuable, as we could evaluate from their reactions afterwards. Maker education for all just got one step closer. On February 11th, Platform Maker Education launched its website, makereducation.

As ambassadors of the maker education movement, they received the encouragement award. Maker education is the focus of the January edition of the Dutch magazine for educational professionals, Prima. 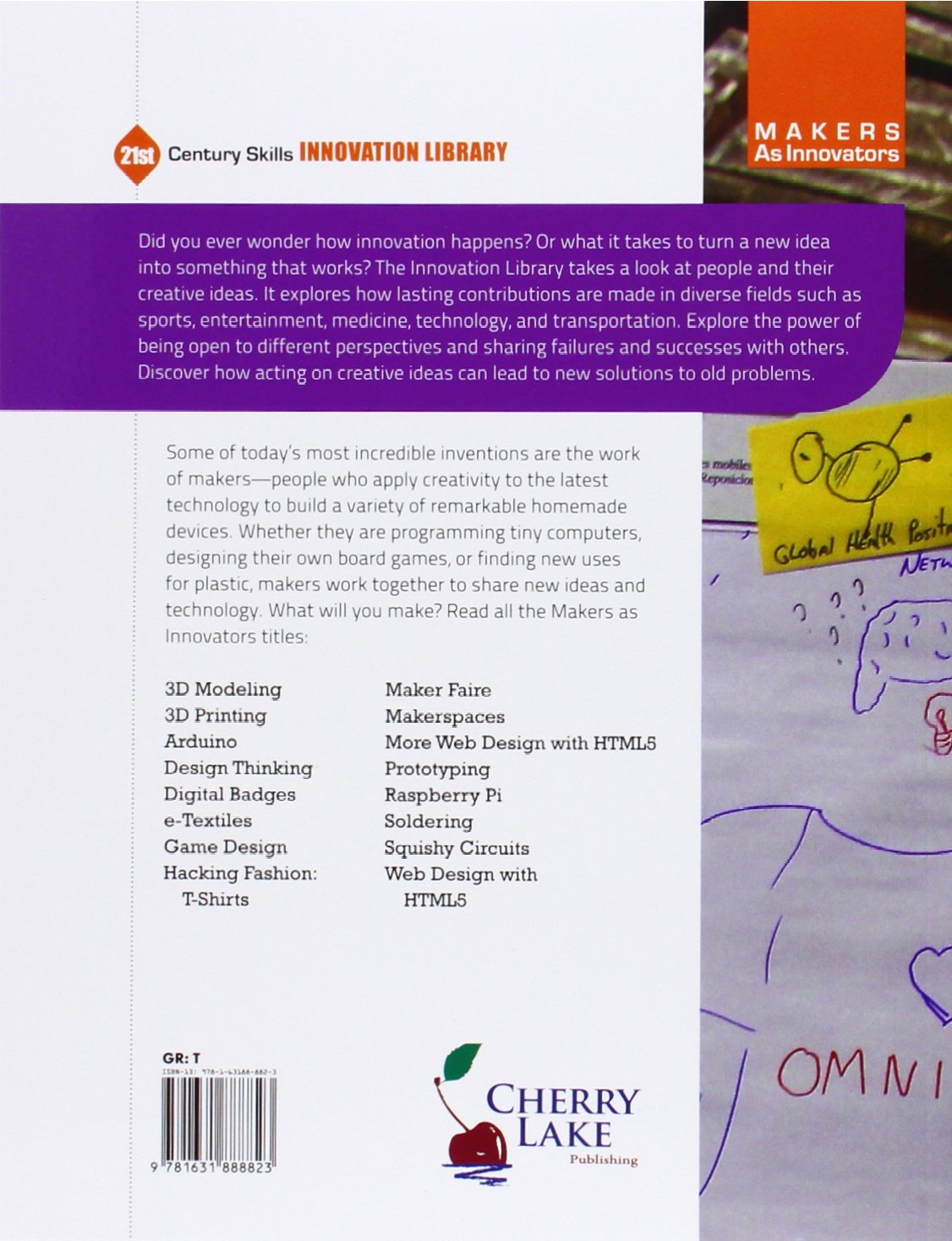 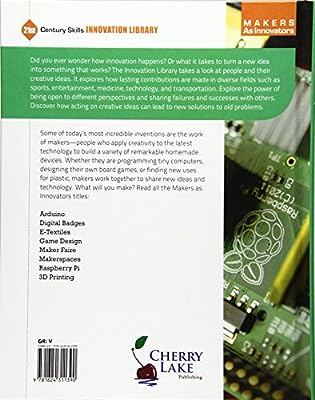 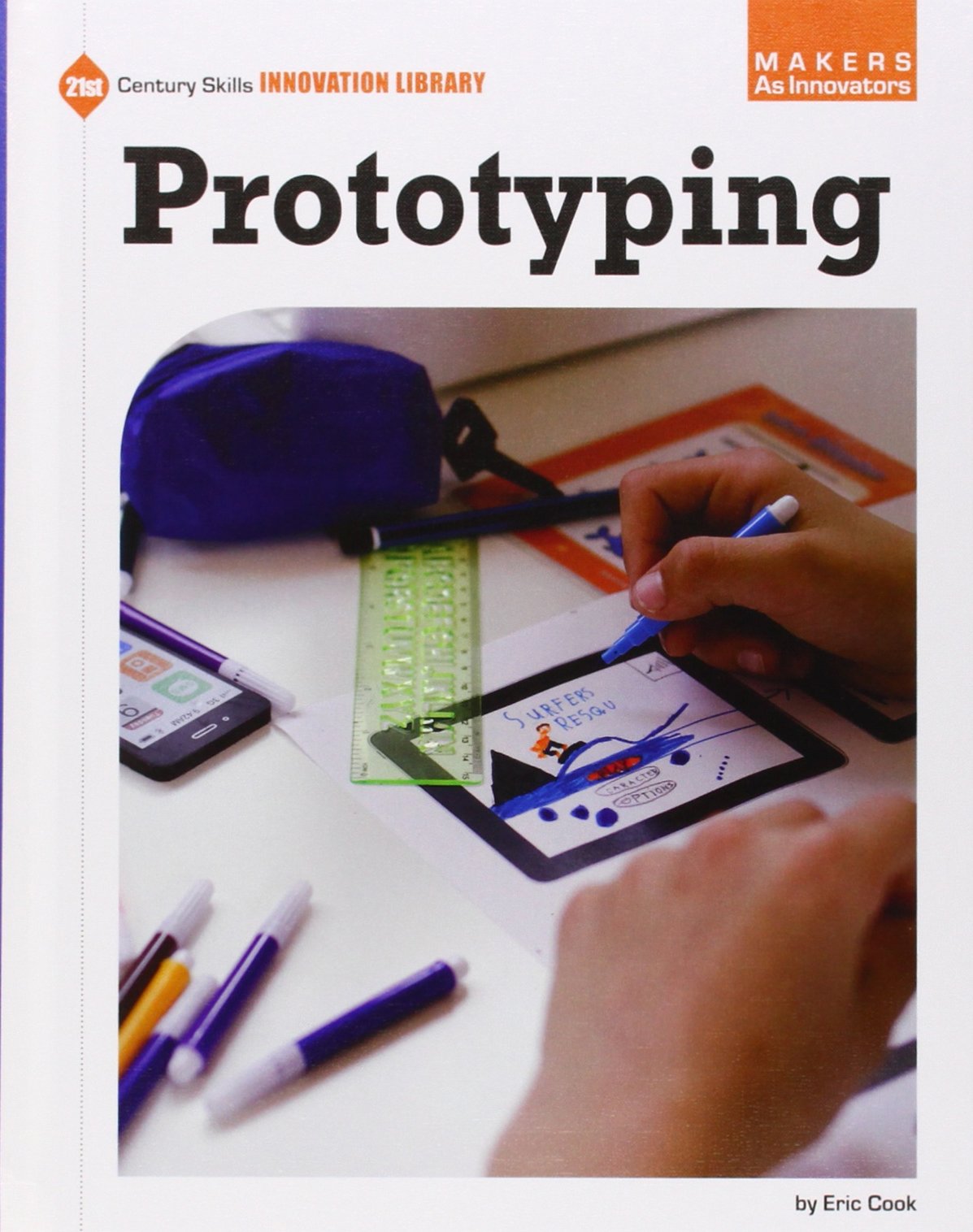 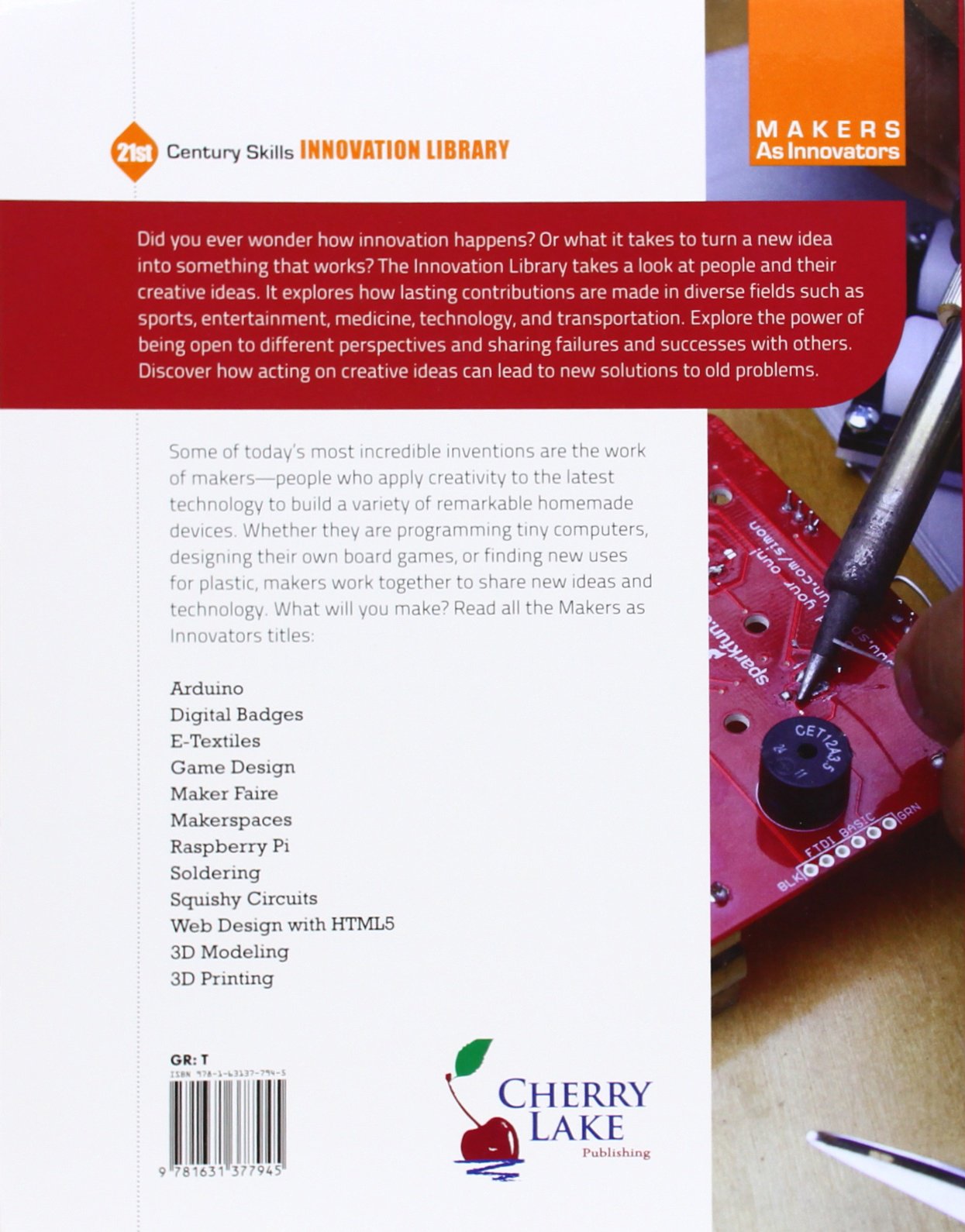 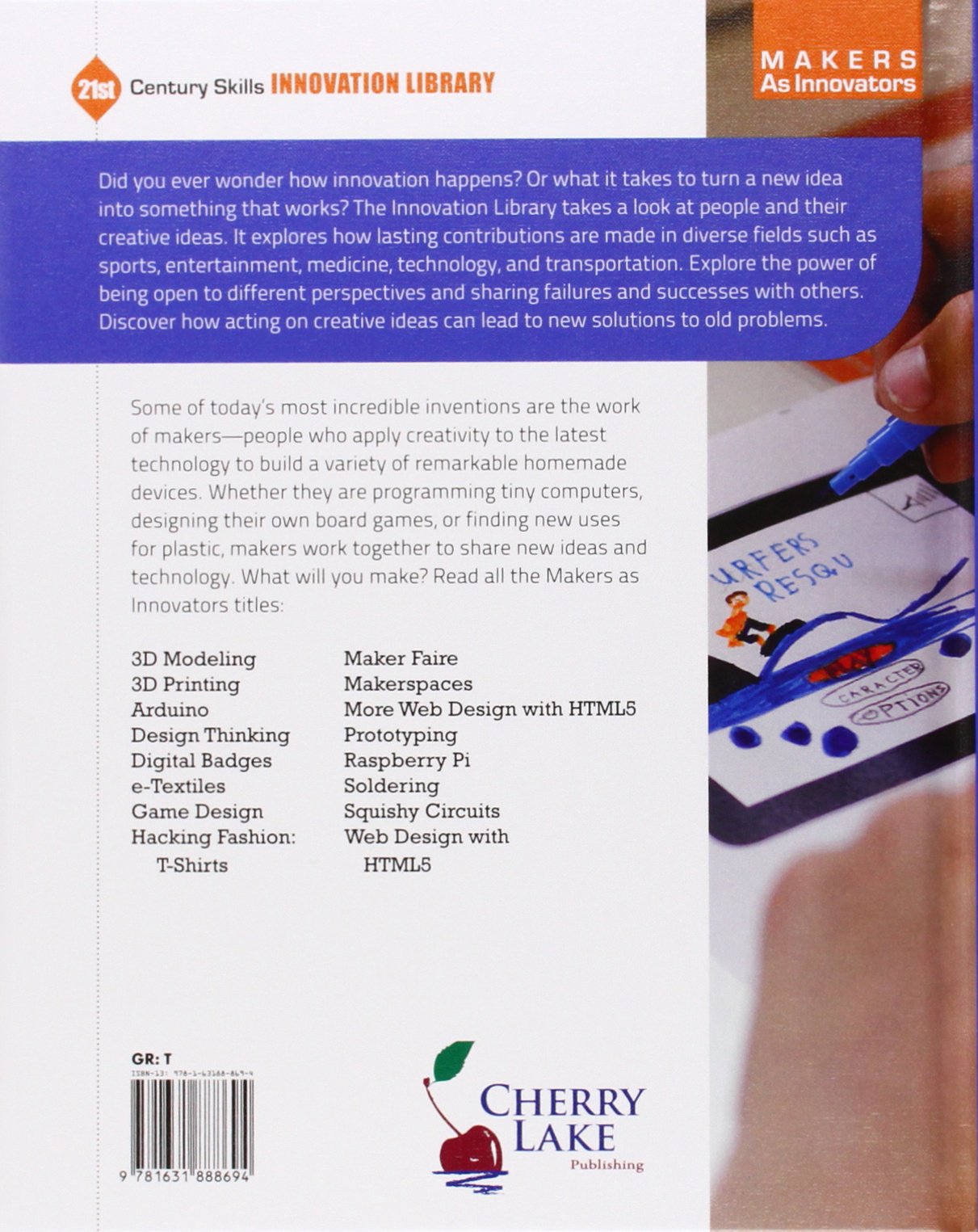